Rory Lynch-Wells is a visual artist living and operating in South Yarra, Melbourne.

He studied a Bachelor of Business at Monash University with units completed at Aalto University, Finland.

A creative from a young age, Rory arrived on the Melbourne Art Scene with his large public murals depicting Ben Simmons (Chapel St, Windsor) and Carl Cox (Acland St, St Kilda). He has since worked with renowned organizations such as Ben Simmons Camp, and Defected Festival Croatia on artistic projects.

His practice is the streamed consciousness of a young male mind in the 21st century. The extensive hours and obsessive quality of his work mirror devout paintings of the past, with traditional subjects transposed for modern humanist idols. The practice draws on inspiration from both human culture and the environment. 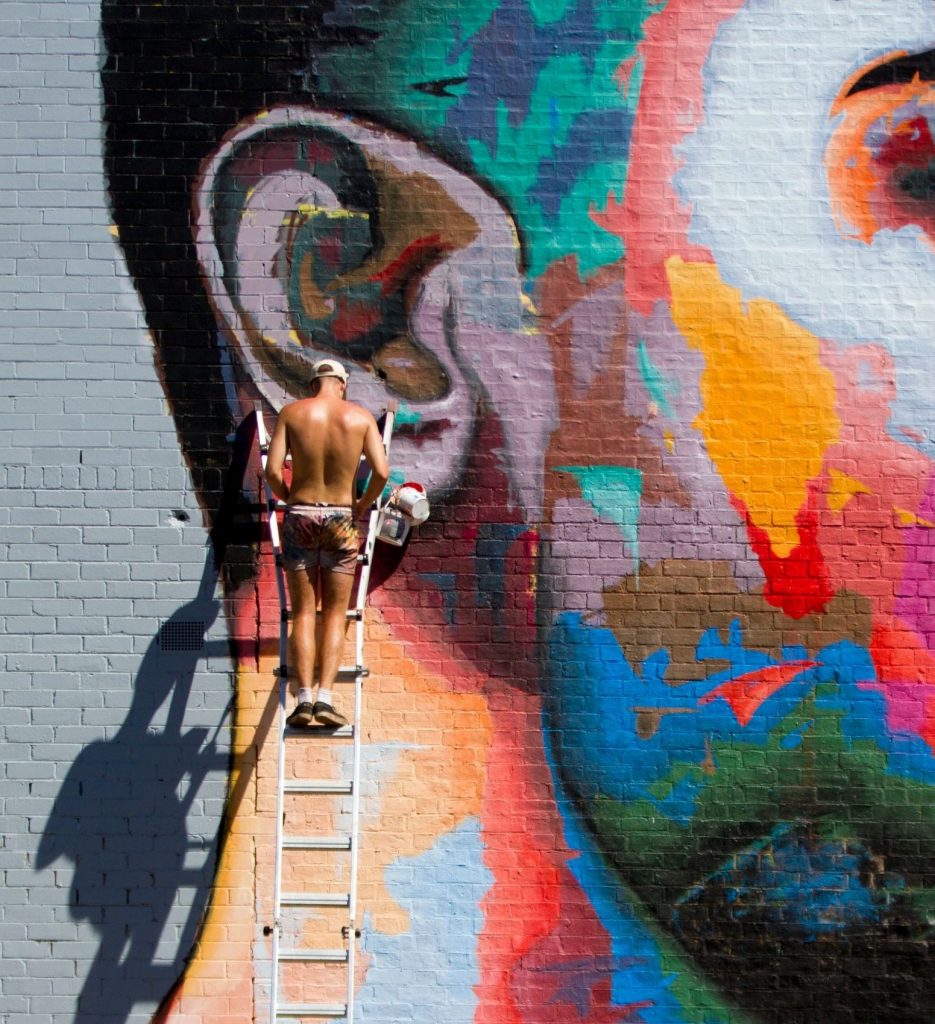